Fungal sinusitis is a broad term used to describe various situations when fungus might be involved in the cause or symptoms of nasal and sinus inflammation. Fungus is an entirely separate “kingdom” from plants and animals; they are plant-like but cannot create their own food like plants do. Because they do not contain some of the proteins that plants use to harness the energy of the sun, fungi (plural) must absorb their nutrients from other organisms. Usually, fungi get their nutrients from dead or dying organisms, but can infect human beings as well (like infections of the skin or toenails).

The number of fungal infections has increased over the past few decades. Part of this may only be related to an increased awareness of fungal involvement in our environment, but may also be due to other things. While the body is usually able to fight off fungal infections easily, other conditions that compromise the immune system can encourage fungi to thrive. This includes conditions such as diabetes, leukemia or lymphoma, congenital immunodeficiencies (when the immune system does not work because of genetic problems), overuse of antibiotics, receiving medications to prevent organ transplant rejection, and other situations.

What Are the Symptoms of Fungal Sinusitis?

Symptoms of fungal sinusitis are similar to other forms of sinusitis, including:

Fungal sinusitis can be quite severe in anyone with a compromised immune system, and can cause:

There are four types of fungal sinusitis:

Saprophytic Fungus — This happens when fungus or mold grows on top of mucus or mucous crusts inside the nose. In this case, the fungus is not really infecting the nasal tissue, it’s just “living” off the mucus in the nose. This may not cause any additional symptoms that were not already present, and treatment is simple removal of the crusts with nasal washes or other methods.

Fungus Ball — This is caused by fungus getting caught in one of the sinuses, forming clumps of material that often contain bacteria as well. This is most often in the maxillary, or cheek, sinus, and usually occurs in patients whose immune system is working fine. Often there are no symptoms, other than slight discomfort until the fungus ball grows large enough to block off the sinus. This form of fungal sinusitis requires simple surgery to open and wash out the sinus. Anti-fungal therapy is generally not prescribed.

Allergic Fungal Sinusitis (AFS) — This form of fungal sinusitis results from an allergic reaction to any one of several different common fungi, and usually occurs in patients whose immune system is working well. Patients may only notice allergic-like symptoms of nasal congestion, runny nose, and sneezing. As AFS gets worse, it can cause the sinuses to fill with thick mucus. Eventually, the sinuses can get bigger and start changing the appearance of the eyes and face. Surgery is required to treat this form of sinusitis, and without continued medical therapy afterwards, recurrence is common.

Invasive Fungal Sinusitis — This is a severe infection of the nasal and sinus lining that can lead to the destruction of nasal/sinus tissue. There are three different forms of invasive fungal sinusitis:

Typical treatment options are noted in the individual causes of fungal sinusitis described above. Frequently, some sort of surgery or procedure is required to physically remove the fungus, the mucus that contains it, and sometimes the tissue that has been affected. 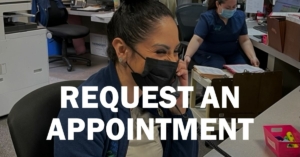